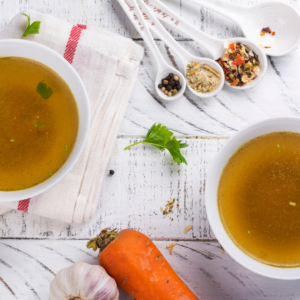 A Super Easy Way to Nourish Your Digestive System

Your grandmother was right – chicken soup is really good for your immune system! The trendy way to consume it now is as bone broth… either way, it’s full of vitamins, minerals, amino acid and other gut healing nutrients, and it’s super easy to make.

One of the main benefits is that it’s full of collagen, which is a protein and a building block of bones, skin, ligaments and tendons, and the inner linking of your digestive system. Lots of people have what’s called “leaky gut,” a condition that allows large molecules to get out into the bloodstream where they don’t belong, triggering an immune response. We refer to these immune responses as food sensitivities and they can happen immediately when  you eat the food, or anytime up to 72 hours later. They take lots of forms – digestive distress, headaches, sinus congestion or runny nose, skin issues – the list goes on! Untreated, they can lead to autoimmune conditions, which, while they’re common, are NOT normal. So it’s in our best interest to close up those leaks in our guts and bone broth is a big help in doing that. To learn more about this, download my guide “60+ Symptoms of Food Sensitivities.” Just enter your first name and email address in the form on the right side of this page.

Recently, I threw a whole chicken in the oven at lunchtime (one of the benefits of working from home!). We had it with salad at lunch, then with veggies and potatoes at dinner. The next day, I took the bones and made this quick recipe to create broth. Super easy and makes good use of the bones.

Here’s the basic guideline. You don’t have to follow it exactly – use what you’ve got in your kitchen.

If you’re cooking on the stovetop, bring to a boil, then reduce heat and simmer for 4-6 hours. Check periodically to see if you need to add more water

If you’re cooking in the crockpot, cook on high heat for a couple of hours, then on low heat for up to 24 hours. This is my preferred method. I usually put the crockpot outside though, because, while the broth smells really good while it’s cooking, I don’t like smelling it for 24 hours.

If using an InstantPot, manually set it for the maximum time 90-120 minutes, I think, depending on the model. I did this the last time and it worked really well.

When finished cooking, strain out the bones and veggies. That gel stuff on the top? You want that – it’s full of gut building goodies. You can drink it as a hot drink, or use it to make soup. If you’re not going to use it immediately, put it into jars and freeze for later use.

That’s it! It doesn’t get much easier.

If you want to make beef bone broth, follow pretty much the same instructions, but do add some rosemary and thyme, and maybe a bay leaf.

And for veggie broth, Dr. Mark Hyman has a great recipe, you can find it here. I actually put the veggies into the blender and make a pureed soup out of this one. I don’t use all of the liquid, so I get both broth and soup. It’s really tasty and full of lots of nutrients. And again – improvise as you need to.

So there you have it! Three different ways to increase your nutrient intake and give your gut some love. Which is your favorite? 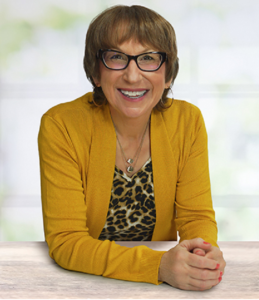